CMOK to YOu To by Nina Živančević and Marc James Léger 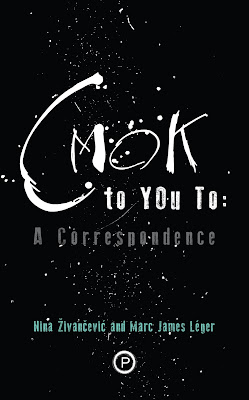 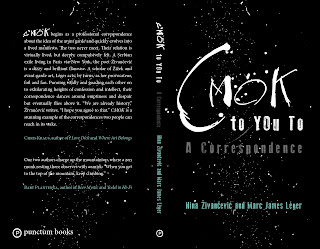 New cover for Punctum Books, USA:
CMOK to YOu To by Nina Živančević and Marc James Léger.

CMOK to YOu To presents the 2015 email correspondence of the Serbian-born poet, art critic and playwright Nina Živančević and Canadian cultural theorist Marc James Léger. In December of 2014 Léger invited Živančević to contribute a text to the second volume of the book he was editing, "The Idea of the Avant Garde – And What It Means Today." Taken with each other’s idiosyncrasies, their correspondence gradually shifted from amiable professional exchanges and the eventual failure to organize a scholarly event to that of collaborating on some kind of writing project. Several titles were attempted for the eventual book – "Marshmallow Muse: The Exact and Irreverent Letters of MJL and NZ," "The Orange Jelly Bean, or, I Already Am Eating from the Trash Can All the Time: The Name of This Trash Can Is Ideology," "The Secreted Correspondence of Mme Chatelet and Voltaire," and "I’m Taken: The E-Pistolary Poetry of Kit le Minx and Cad" – but none of these proved to be more telling than CMOK, the Serbian word for kiss, which sums up the authors’ quest for “harmony” in an altogether imperfect world and literary medium. 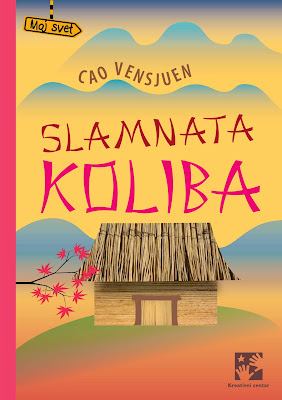 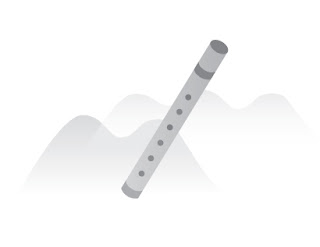 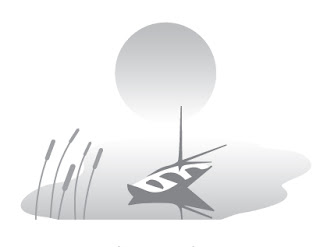 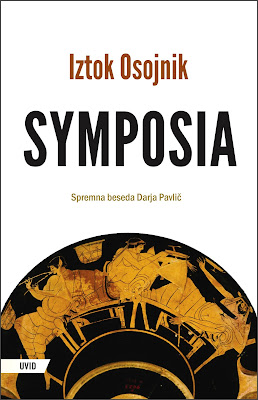 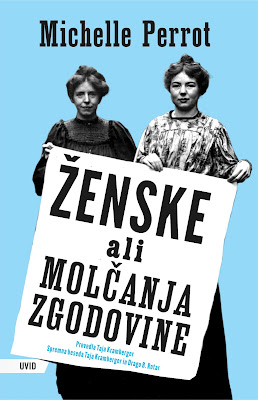 New cover for publishing house Polica Dubova. Michelle Perrot, Ženske ali molčanja zgodovine.
Translated to Slovenian by Taja Kramberger.
On the cover are Annie Kenney and Christabel Pankhurst, leaders of the Suffragettes, radical feminist movement in the UK, at the end of 19th century.
Posted by Dragana Nikolić 1 comment: